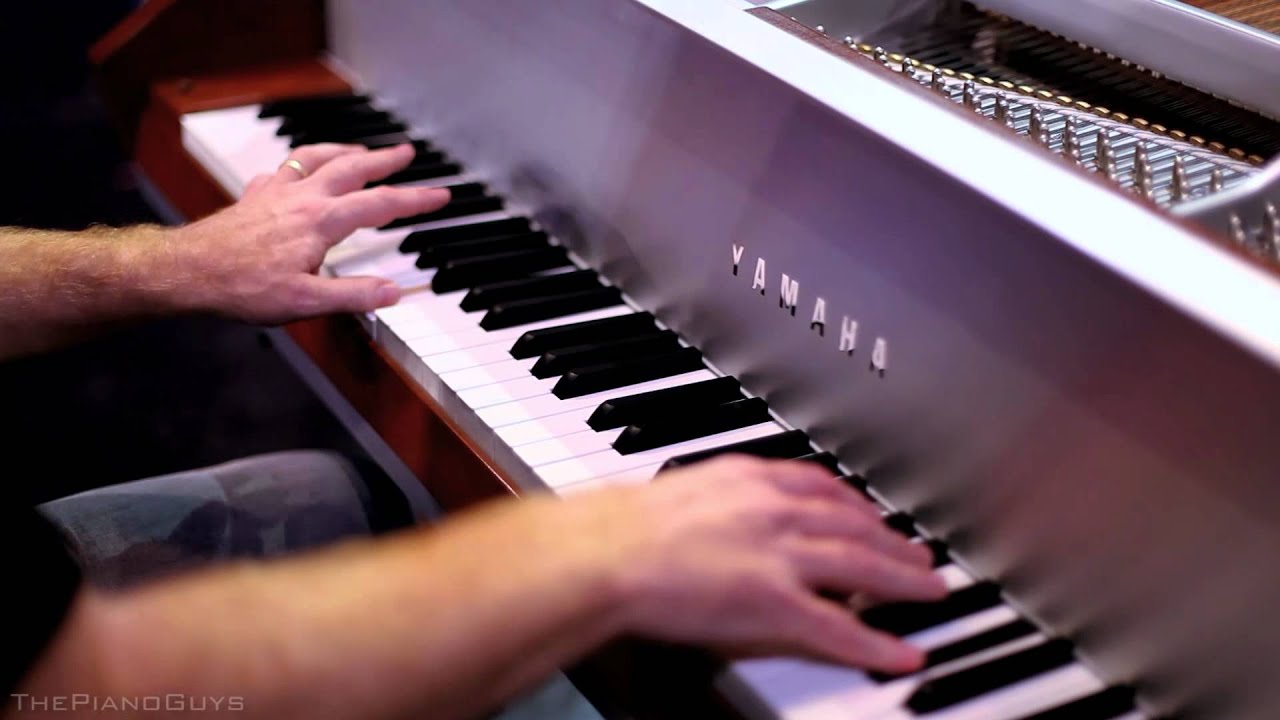 STORY BEHIND THE SONG
The idea: A couple months ago the 5 of us were gathered round a piano prepping for a video shoot scheduled for that day. We were brainstorming ideas when one of us (can’t remember who!) got off task and starting flicking a piano string. Since all of us are poster children for ADHD, it wasn’t long before ALL of us had joined in — banging out a beat, plucking a string, or hitting keys. The brainstorming meeting had been sabotaged beyond repair, but another music video idea was born!

The song: We went through several song possibilities before landing on “What Makes You Beautiful” by One Direction. We like this song because it’s catchy and the music, lyrics, and video passed our “sesame street” test (meaning family friendly). We thought about the ramifications of taking on a teenybopper boy band tune as five middle-aged married guys who are desperately holding on to their hairlines. One of us even has a son older than the guys in One Direction (we won’t say who) 🙂 BUT you know us — we love a good challenge! This one was so fun to write that the “challenge” part of it never was felt. We just acted like kids playing the piano and it totally worked! 🙂 After we figured out the main “techniques” of playing the piano unconventionally we loved experimenting with swapping out chords and throwing the structure of the song around until it clicked.

The location: Where to film? Fitting in video shoots between touring, writing, recording, editing, and spending time with family has always been a challenge. Let’s be honest, even getting all 5 of us in the same place at the same time has been a challenge! We had a big sold-out show at the Sandy, Utah Amphitheater. We all determined to be at the show and film the video right on stage sometime between sound check and the performance. Sounds like a good idea right? Well…because of a lot of factors, including weather (we had a huge storm sweep in and knock everything down on stage during sound check) the only time we had to film was between the hours of 2AM – 7AM the morning of the concert. In the video at 2:30 you can see the morning light start breaking — we literally played into the sunrise! 🙂

Many thanks to the awesome guys at Annex Recording and Giles Reaves (engineer) for letting us record at their studio. Check them out at

Thanks to Sandy Amphitheater for letting us film this video on their stage. They were so great to work with and we’ve performed so many times there the staff are all old friends (especially you, Mearle!)

And thanks to Cole Adams, the lighting genius – who hung out all night allowing us to pull an all-nighter to film this.